We are 100% sure that we can split the Bitcoin Cash network into many different forks.

BCash Stress Test Day will take place on September 1: The BCH community is trying to create 32 megabyte blocks all day long. Meanwhile, a mysterious miner announces that on this day Bitcoin Cash will collapse through a series of attacks – and also chooses a previously little discussed target: the LevelDB database and memory requirements.

Bitcoin Cash is like a Ferrari that doesn’t get off the road where you’re only allowed to drive at walking speed. To prove that the engine really does what it promises, and not, as the critics say, lubricate once you go full throttle, the BCash Community is hosting Bitcoin Cash Stress Test Day on September 1:

“The Bitcoin Cash Stresst Test,” explains the website, “is a community-based stress test of the Bitcoin Cash network and related services. Our goal is to generate millions of transactions with minimal fees within 24 hours.” This volume should convince retailers and entrepreneurs worldwide that “the BCH network is able to scale onchain and process such a volume today”. The purpose of the stress test is to collect data that will be extremely useful for developers and companies. 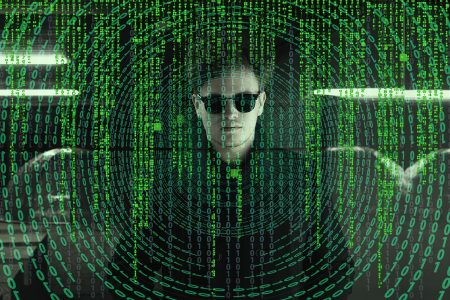 Anyone interested in Bitcoin Cash can participate. You can tap and pay on yours.org without end, mix your coins, if it works, with a Bcash mixer, send one memo after another on MemoCash, liken and answer, gamble on Satoshi Dice without end, save a hash of every file and email you have ever received on the blockchain, make one bet after another with numerous other online casinos, and so on. And if that’s not enough to fill the 32 megabyte blocks – which is quite likely – you can still use the scripts that the organizers of Stress Test Day want to provide: “Scripts are still being developed and tested and will be available a few weeks before the stress test so people can test them in advance. The links will be announced here,” the website promises.

I wonder if this will all go well. If you believe a group called “BitPico”, it will be a disaster.

BitPico is, that much one can say for sure, a social media account on Slack, Twitter and so on. According to BitPico, a collective of Bitcoin developers, miners and whales who have recently connected 1,200 Halong Dragonmine Miners to the network, have a cumulative hash rate of more than 45,000 terahash per second and want to mobilize a total of 500,000 terahash of atomic energy with a hydro backup over the next six months.

All in all BitPico, whether on Twitter or Slack, is quite big-mouthed, and you never know exactly what’s behind it. For example, the group announced at the time that they were going to mine SegWit2x despite the hardfork’s cancellation, and recently stood out with a short but fruitless DoS attack on the lighting network. Now BitPico, the angrifs equipment they used for the Lightning stress tests, sounds like Bitcoin Cash. “Why? It’s time to show how centralized bcash really is, and we’re 100% sure we can split the network into many different forks. We look forward to a 51% attack on Bitcoin Cash in September.”